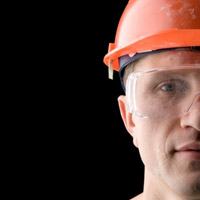 Serious eye injuries often occur on New York construction sites due to workers not being provided with proper personal protective equipment.  Approved eye protection is critical to construction workers and tradesmen engaged in cutting, grinding, chipping, welding and striking.  The majority of eye injuries occur due to small particles or objects striking or scraping the eye, such as cement chips, small pieces of metal and wood chips.  Larger objects can actually penetrate the eye resulting in permanent loss of vision or blindness.  Direct exposure to corrosive chemicals can cause serious injuries to the eyes.

Each day approximately 2000 individuals sustain job related eye injuries that require medical treatment resulting in time away from work according to NIOSH. Trauma to the eye in the construction trade can result in blindness or permanent loss of vision. We only have two eyes, and any loss of vision or blindness as a result of an eye injury is a life changing traumatic event.

New York State has very protective laws on the books compared to other states that provide an extra layer of protection to injured construction workers over and above workers’ compensation claims, in the event of an eye related injury.

In addition, separate and apart from a workers’ compensation claim (benefits that all injured workers are entitled when injured in the course of their employment), in New York construction workers and tradesman are entitled to pursue a third party claim (regular lawsuit) as against the owner (of a qualified property) and general contractor if there is a violation of an Industrial Code   provision which is specific in its requirement.

All contractors and owners and their agents … when constructing or demolishing buildings or doing any excavating in connection therewith, shall comply with the following requirements:

(6) All areas in which construction, excavation or demolition work is being performed shall be so constructed, shored, [and] equipped … as to provide reasonable and adequate protection and safety to the persons employed therein or lawfully frequenting such places.

Personal protective equipment. (a) Eye protection. Approved eye protection equipment suitable for the hazard involved shall be provided for and shall be used by all persons while employed in welding, burning or cutting operations or in chipping, cutting or grinding any material from which particles may fly, or while engaged in any other operation which may endanger the eyes.

SERIOUS EYE INJURIES SUSTAINED IN THE CONSTRUCTION TRADE IN NEW YORK MUST EXPLORE ALL LEGAL AVENUES: 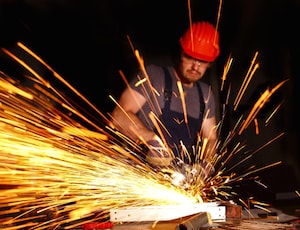 As stated, every worker injured on the job in construction or otherwise, has the available remedies that workers’ compensation coverage provides.  If the eye injury is serious, in addition to the workers’ compensation claim, the injured construction worker should explore the potential viability of a regular lawsuit.  A third party lawsuit, especially in the field of construction accidents in New York, does not always require proving active fault, but rather usually is proven by merely establishing a violation of statute.  For this reason, the existence of the viable case is not always apparent to the injured construction worker.

There is no substitute to detailed evaluation of the facts of the particular injury producing event by a law firm such as ours.  We are fully familiar with evaluating the liability imposed as a matter of negligence or as a matter of statutory violation in New York State to any construction worker who has sustained a serious eye injury.

Any permanent loss of vision or permanent impairment of vision has a huge impact on the quality of life and the ability to continue to work.  As a lawyer, I always try to put myself in the shoes of each and every client and do everything I can to maximize your recovery.

The evaluation is always free and we welcome the call and the opportunity to be of service to the construction workers of New York City and New York State.  If you or someone you care for has sustained a serious eye injury in the course of construction work in the City of New York, or State of New York, please contact our law firm without hesitation. 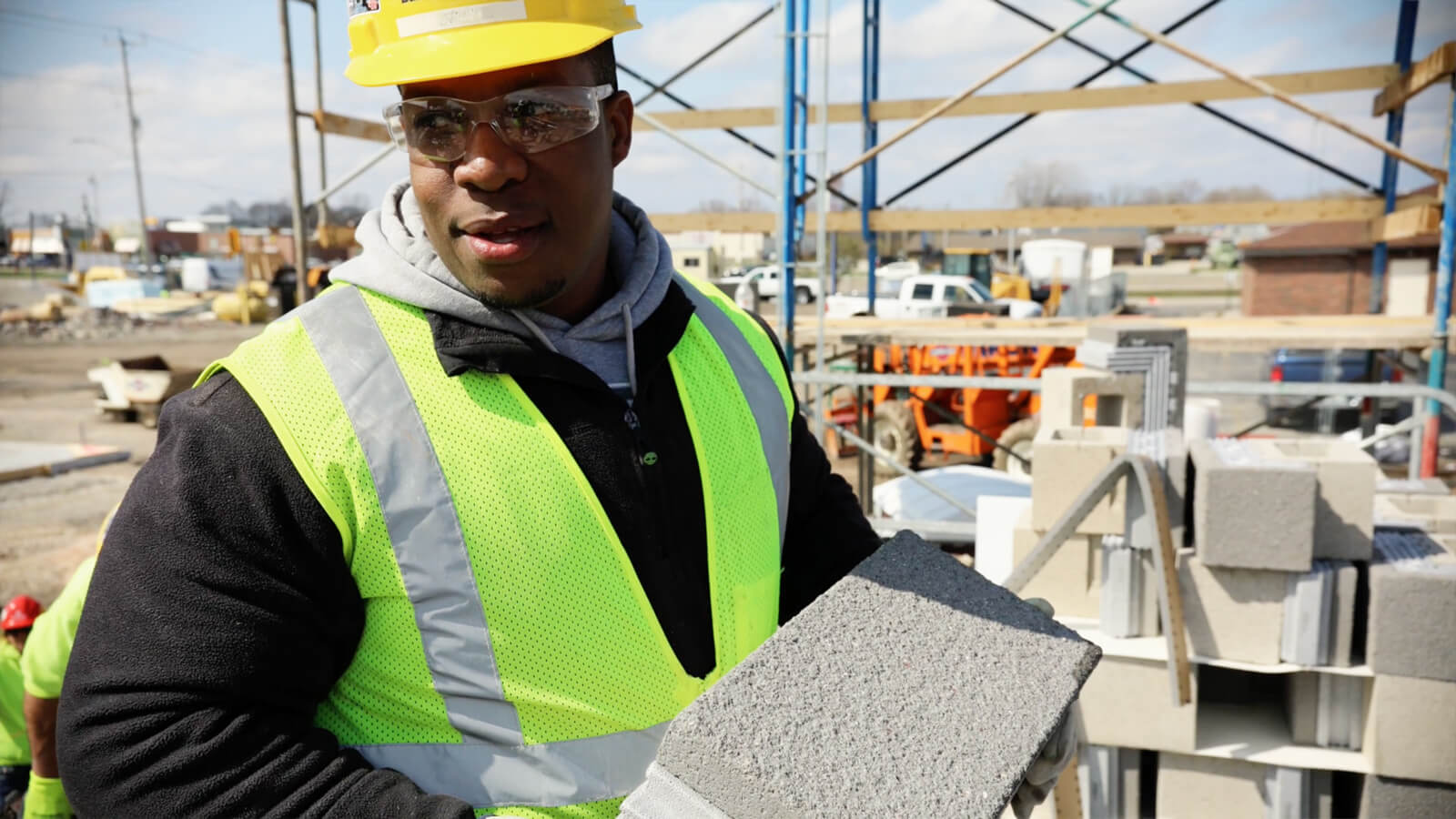 Plaintiff was a concrete laborer on a high rise project.  He was provided with clear plastic safety glasses, but did not have the padded seal that he had experienced on other job sites.  The plaintiff was instructed to break PVC pipes off the columns and the PVC shattered upon impact causing the plastic piece to impact his eye.  The court determined that section 23-1.8(a) applied out the facts of the case as the plaintiff was chipping/cutting at the time of the accident.  Further, the court awarded plaintiff summary judgment as to liability even though he was provided with safety glasses and the glasses that failed to provide him the protection were not preserved.

Plaintiff a plumber sustained injuries to his face when an impact gun came apart and he was struck by the components of the gun as he used it above his head while on an A-frame ladder.  This case extended the catch all phrase of the 23-1.8(a) “or while engaged in any other operation which may endanger the eyes” to include the activity he was engaged in, even though it was not one of the activities specially set forth in the provision.  Thus the court applies a question of fact to the applicability of the provision as long as injury to the eyes is a foreseeable consequence of the activity involved.

Plaintiff employed as a sandhog sustained injury when an air header in a tunnel exploded.  The defendant moved for summary judgment and the plaintiff sought to add a claim for a violation of Section 23-1.8(a).  The court denied the plaintiff the opportunity to amend and add the provision and as a result of this and other aspects the motion to dismiss was granted.  This case stands for the proposition that it is important that the claim be properly set forth from the beginning instead of trying to add claims during a motion to dismiss.

This case resulted in an appeal for post trial damage award to a plaintiff who sustained a serious eye injury while not wearing goggles while using a stripping agent known as Peel Away, which slashed into his eye.  The plaintiff was awarded $50,000.00 for past pain and suffering and $250,000 for future pain and suffering.  The court plays a limited role in reviewing a jury’s damages award, and can only disturb the award if it deviates materially from what would be reasonable compensation.  The court reviewed the injuries sustained and compared them to past court findings that either increased or decreased jury awards for eye injuries.  The court cited prior reductions to $500,000.00 for impairments which were permanent, reducing a past pain and suffering award to $1,000,000.00 for a worker that was not wearing goggles and a nail flew into the eye; a verdict reduced to $2,261,136.00 for a worker who sustained eye injuries when glass shards went into his eye while removing a window pain.  Upon consideration and deference to the jury, the presiding judge did find that the past pain and suffering award deviated from a reasonable amount in this case and increased it to $300,000.00.   Nonetheless, the plaintiff was successful on a labor law theory of liability.

Plaintiff injured his eye as an ironworker when the loose end of his lanyard snapped back and the hook on the end of it struck him in the eye.  Significant to this case in the Appellate Division is that it confirms that Section 23-1.8(a) which requires protective eyewear when the worker is engaged in any “operation which may endanger the eye”, is a specific provision support a Section 241(6) cause of action.  Furthermore, the court found that whether the work the injured person was engaged in presented a foreseeable risk of injury that requires eye protection “suitable for the hazard involved” is a question for the jury.  This case is important for these two fundamental legal principles in eye related construction cases.

Plaintiff employed for an asbestos removal company was standing on a ladder removing asbestos panels from a cooling tower overhead when a piece of asbestos-contaminated dirt fell into his eye causing a serious eye injury.  The plaintiff was earring full protective gear including protective glasses, but there was a gap just above the eyebrows.  Despite being provided with protective eyewear, the court found that there was a question of fact as to whether the eye wear provided was adequate.

Plaintiff was employed as a truck driver and was assigned to pick up demolition debris, and in the course of dumping containers of debris for purposes of removal, a piece of plastic exploded and injured his eye.  The defendants argued that his work was outside the scope of the labor law in the field of construction work, however, the plaintiff was successful in proving that his removal of the demolition was part and parcel of the construction project and therefore fell within the scope of protection.  Plaintiff’s claim of a violation of 241(6) of the labor law supported by section 23-1.8(a)(eye protection) was therefore allowed to proceed forward.

Plaintiff while operating a saw became distracted when a co-worker abruptly covered his eye as a result of a wood splinter flying into it, and the plaintiff ended up cutting his thumb on the saw.

The plaintiff attempted to claim a violation of Section 23.1.8(a) claiming that due to the fact no one was wearing eye protection, the eye injury which in turn caused his injury to his thumb was a violation and a proximate cause of his injury.  The court disagreed with this theory and found as a matter of law that the alleged violation was not a proximate cause of this injury to his thumb and dismissed the 241(6) cause of action.

Eye injuries can have devastating consequences.  Our firm takes great pride in representing New York’s construction workers and tradesmen.  If you or someone you care for has sustained a serious eye injury in the course of the construction trades within the City of New York or within the State of New York,, please contact our firm for a free no obligation consultation.  We will explore every possible avenue towards a successful legal result.

Contact Us Today For A Free Eye Injury Law Consultation

WHAT IS MY CONSTRUCTION EYE INJURY CASE WORTH?

Contact the LAW OFFICE OF JOEL J. TURNEY, LLC today and find out what your case is worth. 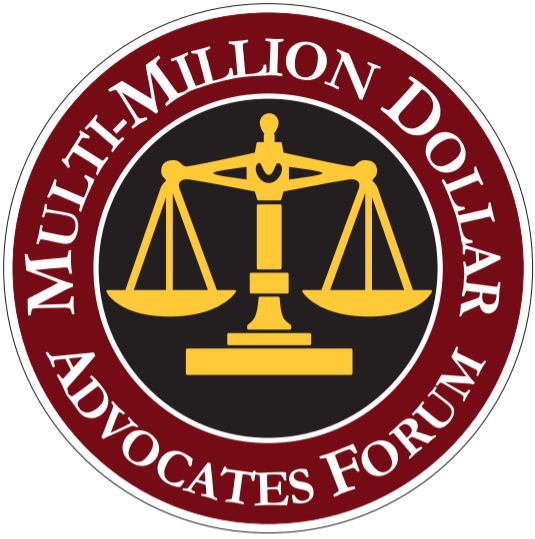 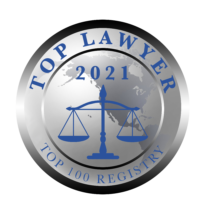 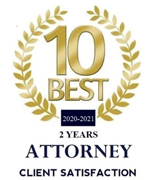 Client services and results are our first and only objectives. We represent clients who have sustained personal injuries as a result of the negligence of others. Our office handles cases pending in the five boroughs of the City of New York, Long Island and throughout the State of New York.

All consultations are without charge. The legal fee (standard one-third) is contingent upon recovery. The firm pays expenses in the prosecution of the action.

The information on this website is for general information purposes only. Nothing on this site should be taken as legal advice for any individual case or situation. This information is not intended to create, and receipt or viewing does not constitute, an attorney-client relationship.